As a programmer, Imposter syndrome is something that we all face at one point in time or another. I thought I would be immune to it, however recently it has hit me hard. This is a terrifying thing that can strike at any skill level of programming.

If not dealt with properly, it can cause a lot of stress and be really debilitating to you. So what do you do?

First off, What is imposter syndrome?

Wikipedia actually has a very good explanation of it here:

Impostor syndrome is a psychological phenomenon in which people are unable to internalize their accomplishments. Despite external evidence of their competence, those with the syndrome remain convinced that they are frauds and do not deserve the success they have achieved. Proof of success is dismissed as luck, timing, or as a result of deceiving others into thinking they are more intelligent and competent than they believe themselves to be.

Wow, that’s deep. I’ve heard about this several times when listening to various podcasts, and always felt that with the knowledge of it I would be immune to it’s effects. Ha!

Apparently, just knowing about a psychological issue doesn’t help prevent it from happening to you! It actually hit me square in the face recently and I didn’t even recognize that it was happening.

Recently I was doing a freelance project, in which I had to do some wonky workarounds to wire up data from an existing client database. At the beginning of the project I kept thinking it would probably take me a couple of hours to get everything done.

Several hours later I’m sweating bullets because a lot of my assumptions about how simple it was got smashed like a watermelon at the mercy of Gallagher. 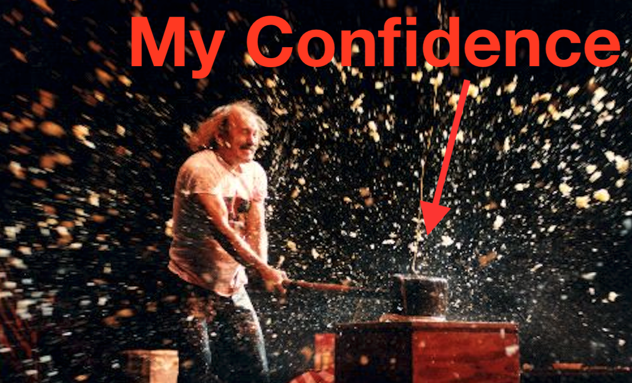 When I turned in the hours that it took me to complete the work, the reply I got was, “Awesome!” And here I was thinking I was doing a terrible job for taking too long, or having a messy solution. (I later came back and made a quick edit that greatly improved the code, once I learned some new tricks!)

Programming can be an extremely humbling experience, especially if you are very critical of yourself like I am. There is always someone better than you, and there is ALWAYS more to learn. Guess what though? Even experts face imposter syndrome all the time.

But hey, stop comparing yourself to others people. Focus on providing as much value as you can. How many people can benefit from your current skills?

If you need a reminder of just how much more you know NOW than when you first began, just go take a peek at some of your early code. (You are keeping up with your early code right?) It’s pretty easy to forget where you came from, and by recognizing that life is just a constant journey of self improvement it’s easier to get perspective on where you’re at.

It’s easy to internalize a lot of the struggles that we face, and that isn’t healthy. Find someone to admit your feelings to. During my little mini crisis I asked a friend if he ever felt like I did at the moment, and he said “Oh yea every day.” This is a guy that is many years beyond where I am now as well. I mean if he isn’t over it, how can I expect more from myself?

Even if you have to tell it to your camera, or write it in a diary, and nobody sees it…sometimes just getting it out there so that you can analyze it and think about it will help you to overcome the problem.

This post is me admitting to everyone that I am not perfect, and I am not an expert. I love when I can portray myself that way to others and help them out, but every once in a while I wonder why they have confidence in me. What have I done to deserve that expectation? 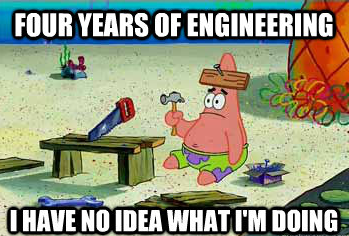 The biggest takeaway here is that at some point you are inevitably going to feel like a fraud, but how you deal with it is what is more important. Don’t keep yourself from pushing on because of these feelings.

If you let imposter syndrome beat you, then you are depriving the world of your unique talents…even if at the time you feel like you aren’t qualified to share them.

I’d love to hear about times you have dealt with these issues. Please feel free to share!

Want to read more about this? I think David Walsh has an amazing post here about it.